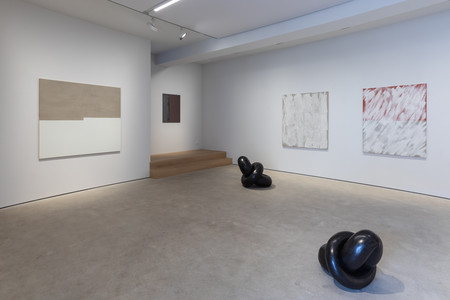 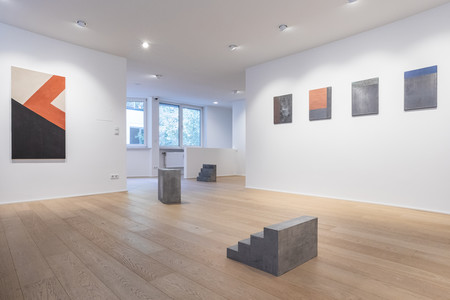 How is being an artist passed on from one generation to the next? The many artist fathers and sons in the long history of art spring to mind (artist mothers and daughters, not so much): in ancient art, for example, Raphael and his father Giovanni Santi or Pieter Brueghel and his sons Jan and Pieter. But there are also numerous examples in modern art: Wilhelm and Franz Marc, Alexej and Andreas Jawlensky or Lyonel Feininger and his sons Andreas and Lux. One could also mention Willi Geiger (born near Landshut, by the way) and his son Rupprecht as well as his sons Lenz and Florian. Incidentally, Willi Geiger was encouraged to become an artist by his mother. And his great-granddaughter Nanda, a photographer, should not go unmentioned at this point — because nothing happens without any women at all.

Do artist fathers and sons pursue comparable artistic goals? Do their artistic processes merge? There are certainly individual answers to this for each case. In the joint exhibition by Josef and Michael Sailstorfer, however, there is an opportunity to take a closer look at their works, which were created independently of each other, in order to directly identify similarities and differences. The very title chosen for the joint exhibition is revealing: an important binding agent became known in the 19th century under the name “Portland”: cement — a component of concrete, mortar and screed. It was an English mason who patented the building material, which was created by mixing and heating clay and lime and adding water to create a cement paste that dried quickly and became as hard as stone. The new artificial stone reminded the inventor of the grey limestone formations on the Portland peninsula in southern England, so he named it “Portland cement”.

So in a generic sense, the exhibition title “Portland” could mean a substance that holds things together: family ties, but also an interest in contexts, in sculptural work. For one thing that does connect the artists Josef and Michael Sailstorfer is very clear: they are both sculptors — artists for whom volume, the physical, the nature of things, questions of space, material, weight are important — and viewpoints, of objects as well as those of the viewer, as counterparts and equal partners.

Anyone looking at their individual works though, also senses that the intellectual paths to the works and the handling of the materials are different. To come straight to the point: while the father Josef Sailstorfer is concerned with movement, with the material or built object’s space of possibilities, the son Michael Sailstorfer aims to ground the light and the fleeting, to tie it down and to make the potential of the material accessible through sensual and emotional moments. More on this in a moment.

Classic Portland cement is an important working material for Josef Sailstorfer. For decades, it has served him to produce a very specific surface quality that lends a two-dimensional painting a physical, haptic look. Like a painter, Sailstorfer experiments with this material, often colouring the mass before applying it to wooden panels and creating minimal, minimalistic compositions.
The starting point is always an architectural, built idea, a structural shape, a geometric body. The artist takes individual motifs from this vocabulary, the visual collection of the architectural and spatial, he selects situations, as it were, concentrates on partial aspects, details, which hide the originally large whole and transpose it into an imagined realm: shapes reminiscent of staircases, of plinths, projections and protrusions, parts of façades.
What becomes visible in each case is a momentum, a section of the construction, merely the impression of the architectural, sometimes alienating like a photographic close-up, which abstracts at the same time and lets one see things anew, rearrange their connections in a great, almost meditative calm. Yet this matter is never static. For some cement pictures can also be seen as imprints left by three-dimensional sculptures; they could also be materialised shadows of objects. The two-dimensional seems like a trace, the remains of the three-dimensional. This creates a lightness, a flexibility of the formerly heavy and immobile.
The bronze stele that stands in the outdoor space also undergoes a comparable transformation. Josef Sailstorfer has a delicate pillar, actually a stable architectural element, spiral upwards out of its square plot. Starting from a base, a two-dimensional standpoint, he develops a smooth upward twisting movement.
Josef Sailstorfer’s sculptural world plays with rigidity; his works set the supposed solidity of the structural world in motion by the artist loosening their components, their elements from their anchorage, turning, tilting and rebalancing them.

This is precisely where Michael Sailstorfer comes in. His starting point seems to be this unstable space, the fleeting, mobile and also non-committal, which shapes our world today more and more. The son acts in just as playful a way as the father, but unlike him, Michael Sailstorfer offers his sculptures new support – a reconnection to the world, perhaps a kind of reassurance, confirmation through a changed, sometimes humorous perception of physicality.
When, for example, he sticks two air-filled lorry hoses into one another and casts them in bronze, the formerly light objects with their volatile energy become a single body — bulging, physical, symbiotically entangled with one another. This new, almost lascivious, fetish-like entity can no longer burst, has found a comfortable storage position on the ground. “Very Heavy Cloud” is what Michael Sailstorfer calls his sculpture in which the associated weights have been reversed. The intangible “cloud” has now taken on a heaviness. This can certainly be associated with data clouds, which can be quite burdensome despite their immateriality.
Michael Sailstorfer’s wall works are also “heavy”; their (series) title is “Heavy Eyes”. They are works made of lead — thinly rolled, soft layers of lead from roofing supplies, which become picture supports through the rectangular choice of format. The surfaces look different, have changed depending on how they were stored, undergone oxidation processes due to moisture, for example, which have been accompanied by artistic changes in colour. Michael reacts to these individual surfaces, works on them with eye shadow in different shades (the colours complement the series title), which he applies carefully, sometimes taking a long time. The gestural nature of the traces of material and the formative influences converge.
Just like the “clouds”, the “eyes” also create a peculiar physicality, just in a different way. They appear on the wall like a counterpart, like faces, and convey an emotional state of mind that makes a certain melancholy palpable in the asymmetry of the metallic, visually “heavy” surface and soft coloured powder. These images look at us (and we at them) — and we become aware of the weight of the earthly world, the “load” of life, the symptoms of transience. The awareness of our futile attempts to brace ourselves against these inevitable aspects of our small existence lend these images something immensely human.
Another work by Michael Sailstorfer shows a light bulb cast in bronze, whose mould was initially made of wax and had been further worked on by bees in their hive. This suggests that Michael Sailstorfer’s sculptures are also always about energy that finds a store in art — and it may be understood as a homage to Joseph Beuys, who always saw culture as being inextricably linked to nature.

Who knows how people of future generations will look back on our era! Perhaps the beginning of the 21st century will later be remembered as the age in which we became aware of the fragility of our existence, of our vulnerability as human beings in a new way. An era in which the advance of digitalisation gave rise to excessive electronic communication, contactless encounters became normal and virtual meetings were ordered due to the pandemic . In this day and age, the “Portland” exhibition comes just at the right time. It gives us surface appeal that we can feel and playful twists that move something in our minds and free us from any rigidity. It gives us a poetry that our everyday life often lacks or is too rarely aware of. This exhibition makes what should never be missing in our world very clear: art. 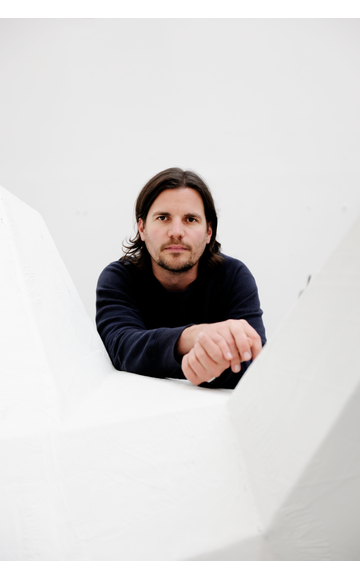