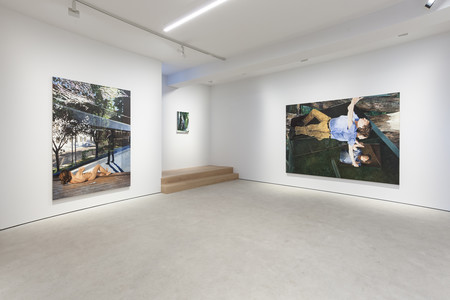 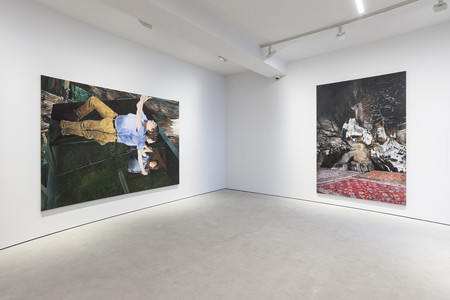 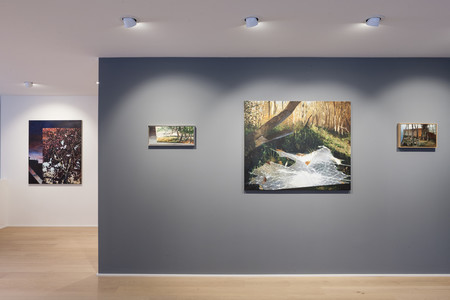 Galerie Jahn is picking up on a specific tradition in its gallery programme with the Austrian Realist Martin Schnur: Realism in painting. Schnur is undisputedly one of Austria’s most important Realists of his generation. His works can be viewed in many important public collections and were recently accepted into the permanent collection at the Albertina in Vienna.
As a Realist painter, Martin Schnur does not simply reflect the real world but illustrates the reality of an idea or notion. In addition, he takes different realistic pictorial elements and composes these in his paintings. According to the philosopher Roland Barthes, reality is the result of an artistic work. This reality-effect can only be achieved by setting the scene, resulting in sophisticated picture compositions. Different pictorial levels are smoothed together masterly to produce a multi-layered complexity within the picture composed of the various pictorial levels and concomitant different levels of events. The result is a magical moment that shows and stages the person in their existence as an independent spirit of time and space in an artificially created pictorial space. He does this using the classic tools of traditional painting.
In the Landshut “Zonen – Netzwerk. Bilder 2012-2017” (Zones – Network. Pictures 2012-2017) exhibition, the artist who lives and works in Vienna is showing large-format oil paintings as well as pastels on paper from the last five years. The subjects of the pictures are landscapes in the form of fragmentally quoted forest, field or pond areas as well as urban interior spaces with staged models. The outdoors collides with the indoors, the spaces are convoluted, smashing into each other with rich contrasts, moulding into each other, complementing each other or linked together by a figure or element from nature. Resulting in a special three-dimensional, almost sculptural impression of the image in the image narrative. The almost sculptural impression of the pictorial elements creates an auratic presence that draws the observer into the image narrative.