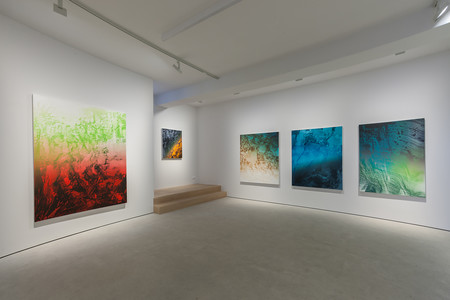 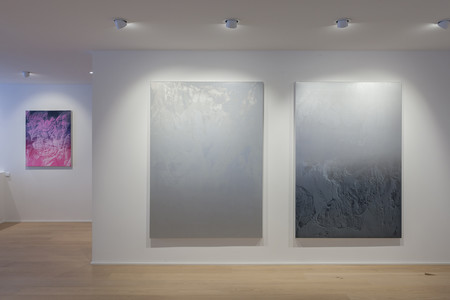 Martijn Schuppers belongs to the generation of artists who were still developing their works under the influence of Late Modernity. He was born in Almelo in Holland in 1967 and lives and works as an artist in Groningen today. He has been teaching painting at the Minerva Academy there for several years. Schuppers has been showing his pictures in institutional and museum exhibitions at home and abroad since 2000. His work is represented by important galleries worldwide and exhibited at art fairs. His pictures can be found in many important private and institution collections.

Martijn Schuppers’ works are among the very well known examples of concrete abstract, i.e. representational painting, in the last 15 years. This kind of painting does not abstract from but is always abstract per se. It’s about the materiality of colour and its structure as an abstract formation. Frank Stella expressed it as such in the 1960s: “What you see is what you see. Objects are not illustrated and stories are not told. Artists like Schuppers follow the role models of American post-war painting.” Frank Stella and Donald Judd were such idols. The minimalist art of the Sixties influenced painters like Schuppers, just like the abstract paintings by Gerhard Richter created using a doctor blade and ultimately the Basic Research pictures by Isa Genzken. Minimalist art saw itself as a countermovement to the gestural painting of Abstract Expressionism. Minimalism strives for objectivity, schematic clarity, logic and depersonalisation. Donald Judd and his idea of giving colour a 3D form was extremely influential.

Many of these codes also describe the works by Martijn Schuppers. A painting is an object made up of colour. Colour interplaying with materiality, although just the structure of colour, instantly conjures up a number of associations. The coloured structural paintings remind us of remote stone and rock formations or the oceans’ untouched underwater landscapes. Similar pictures to those that we are familiar with of the cosmos and universe or planets and meteorites. They evade any biological context and have a planetary appeal. They are pictures where there are no traces or signs of humans. And above all, material paintings of colour pigments that fascinate us due to their bizarre beauty.

Today, unlike in the days before computers and smartphones, we are flooded with images from apps and social media. There are plenty of both here: photos ranging from the selfie to snapshots as well as a growing number of good, professional and aesthetically captivating images. The amount of high-quality images that we encounter every day is increasing exponentially. These are almost all digital or digitally edited images. These images differ fundamentally from the paintings by Martijn Schuppers. The major difference is the materiality and its haptic quality. Unlike the flood of images, they allow you to primarily experience the painting as an object made up of colour.